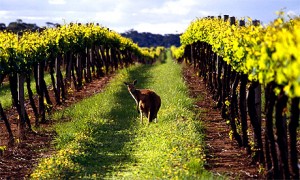 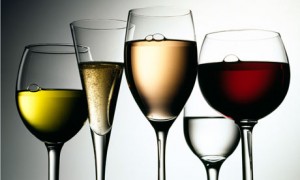 The Australian wine industry is the world’s fourth largest exporter of wine with approximately 750 million litres a year to the international export market with only about 40% of production consumed domestically. The wine industry is a significant contributor to the Australian economy through production, employment, export and tourism.

There is a A$2.8 billion domestic market for Australian wines, with Australians consuming over 530 million litres annually with a per capita consumption of about 30 litres – 50% white table wine, 35% red table wine.

Wine is produced in every state, with more than 60 designated wine regions totaling approximately 160,000 hectares; however Australia’s wine regions are mainly in the southern, cooler parts of the country, with vineyards located in South Australia, New South Wales, Victoria, Western Australia, Tasmania and Queensland.

The wine regions in each of these states produce different wine varieties and styles that take advantage of the particular Terroir such as: climatic differences, topography and soil types. With the major varieties being predominantly Shiraz, Cabernet Sauvignon, Chardonnay, Merlot, Semillon, Pinot Noir, Riesling, and Sauvignon Blanc.

Wines are often labeled with the name of their grape variety, which must constitute at least 85 percent of the wine. 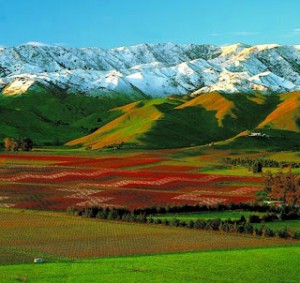 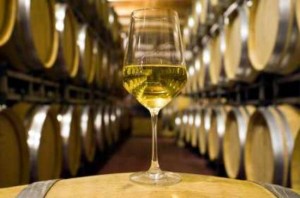 New Zealand red wines are typically made from a blend of varietals (Cabernet Sauvignon, Merlot, and much less often Cabernet Franc, Petit Verdot and Malbec), or Pinot Noir. Recently, inHawkes Bay, there have been wines made from Syrah, either solely or blends, as well as Tempranillo, Montepulciano and Sangiovese.

In general New Zealand red wine tends to be forward and early maturing, fruit-driven and with restrained oak. No definitive regional characteristics have developed in New Zealand, the principal differences between wines being determined by the vintage, vineyard and wine-maker’s philosophy.

However, some preliminary trends are worth commenting on. Central Otago wines particularly Bannockburn pinot noir can have distinct earthy, mineral and wild thyme notes. Hawkes Bay bordeaux blends have greater body than other New Zealand reds. Marlborough Pinot Noirs are notable for their ripeness and fruitiness.

Following on from the early success of Sauvignon Blanc, New Zealand has been building a strong reputation with other styles; Chardonnay, Cabernet/Merlot blends, Pinot Noir, Pinot Gris and Syrah to name a few.

UK wine writer Paul Howard observes, when commenting on New Zealand Pinot Noir that, while “comparisons with Burgundy are inevitable, New Zealand Pinot Noir is rapidly developing its own distinctive style, often with deeper colour, purer fruit and higher alcohol. While regional differences are apparent, the best wines do have Burgundy’s elusive complexity, texture and “pinosity” and are capable of ageing”. He goes on to say “It is a testament to the skill and craft of New Zealand producers.”

iAUNZ has the privilege to offer directly to you or your company premium wines across Australia & New Zealand. We can provide :

Call us today and make your pleasure in wines a strong fulfilment ….