MILK is a white liquid produced by the mammary glands of mammals. It is the primary source of nutrition for young mammals before they are able to digest other types of food. Early-lactation milk contains colostrum, which carries the mother’s antibodies to the baby and can reduce the risk of many diseases in the baby. It also contains many other nutrients.

Throughout the world, there are more than 6 billion consumers of milk and milk products. Over 750 million people live within dairy farming households. Milk is a key contributor to improving nutrition and food security particularly in developing countries. Improvements in livestock and dairy technology offer significant promise in reducing poverty and malnutrition in the world.

iAUNZ seeks to participate in the Global food & dairy distribution. We are able to provide a high volume of UHT milk for export. Our minimum quantity per order is 10 20footer containers. We offer the following products with our branding : 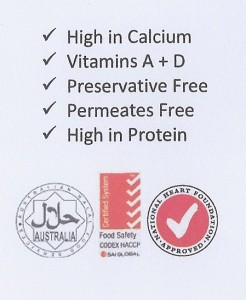 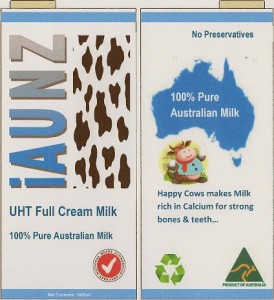