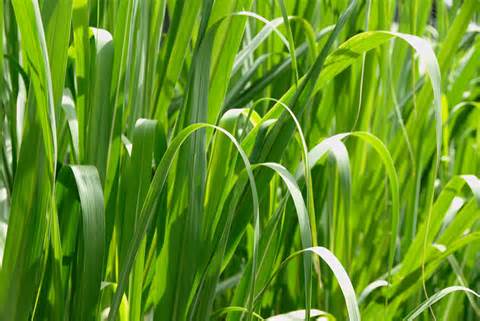 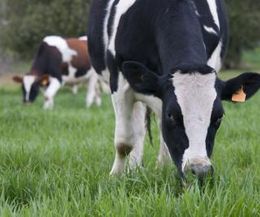 Feeding cattle on grass is a natural choice for the foraging animal. The rancher can avoid feeding additives and growth hormones by focusing on simple grass forage choices. Cattle, ruminant feeders, benefit from feeding on fibrous grasses. The grass varieties are low fiber and less starchy than feedlot food choices, which helps the animals suffer fewer digestive problems.

There have been two Australian experiments examining complementary grazing of sheep and cattle which are worth discussing in this feed.

At Rutherglen Victoria, on annual pastures, the wool production and lamb growth from autumn-lambing flocks were improved by about 12% when sheep were grazed with cattle at comparable grazing pressure, instead of separately. This was achieved without any reduction of the growth of the cattle. When green pasture was scarce over the late autumn and winter, it was noted that the sheep grazed pasture around the cattle dung pats, whereas this was left untouched in the ‘cattle only’ paddocks. When the pasture was dry the cattle ate more of the coarser parts, such as grass stems. The sheep ate more of the finer parts such as shed clover leaf; in addition, they sometimes ate substantial amounts of clover burr, which was virtually untouched by cattle.

On perennial pastures at Canberra, mixed grazing led to increased productivity from spring-lambing ewes without any substantial effect on cattle production. There was an increase of 13% in the number of lambs weaned, weaning weights increased by 17% and the ewes cut 12% more wool.

This is not true in all situations, however. At Canberra, where different types of sheep and cattle were used under different methods of animal management and with different pattern of pasture growth, there was no marked difference in stocking requirements of the sheep and cattle, and hence no such problems in grazing them together.

Some of the most important worm species do not transmit readily between sheep and cattle; therefore, sheep and cattle can complement each other in worm control, especially in the case of the troublesome Ostertagia species.

It appears that there may be complementary effects of grazing goats with sheep and cattle on temperate pastures. In particular there appears to be a “goat effect” in increasing clover content of growing pastures. However we have yet to determine the optimum stocking rate for goats and we have much to learn about the best ways of controlling internal parasites in goats. In situations where animals compete for winter feed there is unlikely to be great gains from complementary grazing. If the overseas situation is repeated in Australia (on pastures) then the replacement of a 1/4 or 1/3 stock numbers by goats might lead to some gains. Experiments in progress are examining many of these aspects.